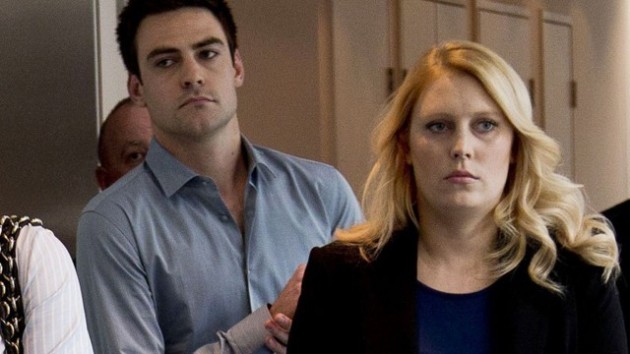 Host Chris Bath breathlessly teased us with “a lot of people don’t want this story told. They don’t want the facts we are about to reveal to come out”.

Paradoxically,  the chat between Melankoshie Mel, Mel Doyle, and Melancholic Mel, Mel Greig, the depressed  former 2DayFM Radio Announcer embroiled in the now-infamous royal radio prank call, had been in gestation for nine months, and, without going too far into more obstetrics terminology, nothing of any consequence (other than for Mel herself) actually emerged from this “story a lot of people didn’t want told”.

In fact, for those so fearful of the “truth” coming out, the only real waters to break were tears.

Sadly it’s no “bowel shattering” revelation that the former Hot 30 countdown Host is still severely damaged by the experience. This poor girl seemingly has been hung out to dry once already and may be about to be stitched up again (sorry again about the gyno analogy).

And that’s not to mention the attention she continues to get via twitter and other social media.

At about the 15-minute mark of this TV “labour” part 1, Mel Doyle was straining to hold her “compassionate” face, which presumably an off-camera minion had spotted along with a stray hair because it was at this point that Mel Greig began to lose control and, weeping, asked for a break.

The cameras continued to roll though.

As Steven, Mel Greig’s boyfriend, comes onto the set to comfort her, the distinctive sounds of hair spray are heard from nearby. The viewer presumes Mel Doyle is getting cosmetic comfort.

The second part was confusing at best, showing Mel Greig and Steven happy among friends and moving on, after commencing with Mel about to fly to London for the inquest, which has now been postponed several times.

How much more milking can Sunday Night do of this sorry saga?

With the London inquest still to be conducted, full dilation may still be achieved and the truth delivered…