A group of Canberra based indigenous people has occupied the unoccupied iconic Lobby restaurant in Parkes.

The group going by the name of Landlord Ngunnawal Custodians has issued the National Capital Authority- owners of the building-across from Old Parliament House-with an “eviction notice” and a bill for over $7mil in back rent. The figure calculated at $3,000 pw since 1968. 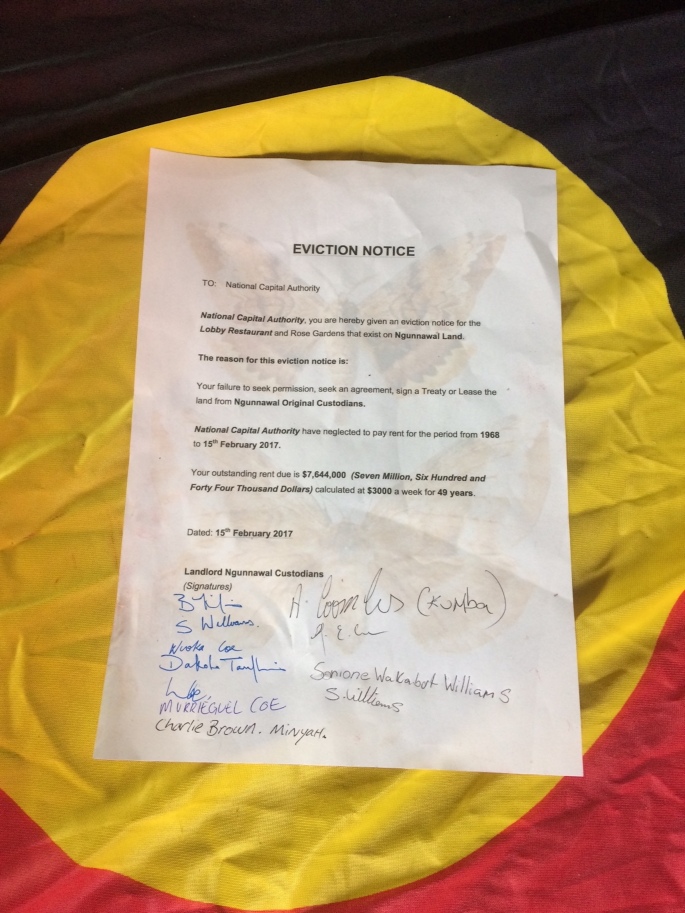 The group of around a dozen including children is sleeping in the building which has been empty for over a year. The protestors moved in on Sunday and placed a wooden plank across the front door and pitched the Aborigional flag outside. A spokesperson says a meeting is scheduled for Wednesday (Nov 8) to plan the next step which includes a take opver of the nearby rose gardens.

Wajuk, Balardung, Kija and Yulparitja man Clinton Pryor who undertook the 5500 kms  Walk for Justice from Perth to Canberra arriving at the Tent Embassy on September 2 this year, returned to Canberra this week for a National gathering and is expected to be  a part of Wednesday’s meeting.

Police visited the Lobby restaurant today but left without incident.