FOR the second time in less than a month the nation will hold its collective breath and focus on Canberra for the outcome of a controversial issue. ABS House in Belconnen has been confirmed as the venue for the announcement of the result of the SSM postal survey. The ABS press release says it “anticipates some media organisations will live broadcast the media conference”. The format of the November 15 revelation is not clear but clearly won’t resemble the traditional Tally Room setting with Kerry O’Brien heading a panel of experts skilfully unpacking voting trends.

TANYA Hennessy cried herself to sleep every night for her first three months in Canberra but leaves the capital a grateful performer after spending the past three months fielding a range of career options.

The Hit 104.7’s breakfast co-host said the wave of hate directed toward her after she and co-host Ryan Jon replaced breakfast stalwarts Scotty and Nige in 2016 was overwhelming, and “something I didn’t think I would be able to push through but 20 months on I not only did but I am about to take my brand to new levels”.

While Hennessy was unable to go into detail on her 2018 plans, Jon is joining a breakfast crew on Perth radio.

RETAILERS have reported a broadening of the demographic buying scary costumes for Halloween. Apparently adults are now almost as likely as children to don the scary wigs and face masks and celebrate the pagan festival, which was All Hallows’ Eve (October 31). In one Belconnen street alone several groups of 8-10 children and a smaller bunch of teenagers observed the trick-or-treating tradition revered by Americans. The Liversidge children from Higgins, Zac, Hazel and Jude, celebrated their third Halloween. 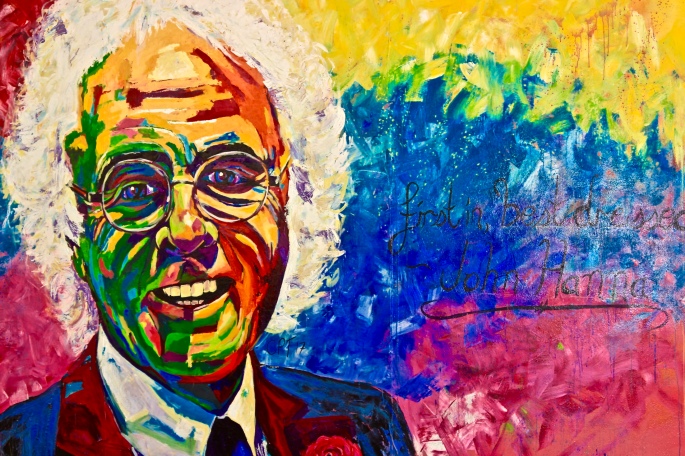 A STUNNING three-metre mural of the late John Hanna has added an extra dimension to an increasingly colourful Garema Place. Artist Christopher Toth’s “first in best dressed” painting on the wall of Bible House – commissioned by In the City – was unveiled recently. On hand for the official ceremony were Hanna’s wife Diana and daughter Melanie, both reportedly agreeing the menswear icon, who lost a battle with cancer in September, would be “chuffed” with the result.

ALSO in Garema Place, personal-injury-law-firm spruiker Mal Meninga was wearing his other hat to plug the Kangaroos v France game in the Rugby League World Cup at Bruce Stadium. The national league mentor appeared comfortable and relaxed despite questions from the assembled media pack on his coaching plans post World Cup.

THE Thunderbirds are gone but a convey of the classics they call the personal luxury car has left an impact on the capital. The recent Thunderbird Owners Club of Australia conducted its annual national meet with T-Birders from NSW, Victoria, SA and even Tasmania rolling through. T-Birds from the original 1955 model through to 2005 – some valued at $120,000 – were polished up and presented for the prestigious Car of the Show award. 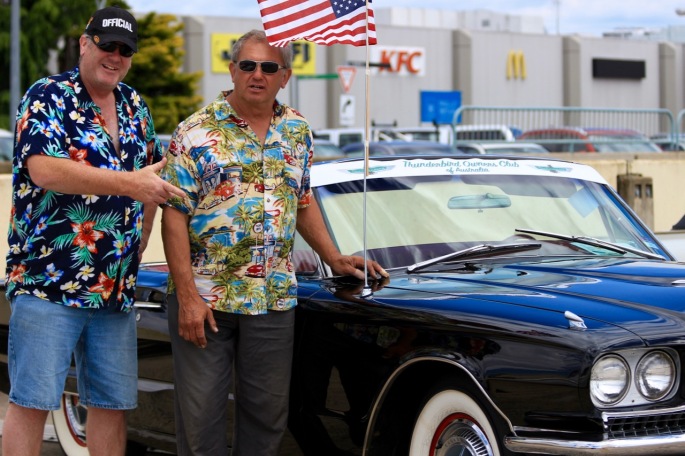 STILL on high performance and classic cars. The Ferrari is long gone, replaced by a nice mid ’90s Mercedes, but former Liberal Party leader John Hewson is still in top gear. The 71-year-old who lost the “unlosable election” to Paul Keating in 1993, cut an impressive figure in Canberra recently leaping from his German classic in the carpark of Parliament House. Later the economist unloaded both barrels on the Turnbull government over its handling of the Manus Island standoff, taking direct aim at Immigration Minister Peter Dutton whom he described as “uncompassionate”.

AND possibly one of the reasons why Canberra was rated as “Lonely Planet’s” third-best city to visit in 2018 – the local dinner party gossip, rumour and innuendo. Broadcaster and Kevin Rudd bestie Phillip Adams tweeted after his “Late Night Live” radio program special on political sex scandals: “Just said I know of 6-7 Oz PMs with secret and potentially scandalous sex lives”.