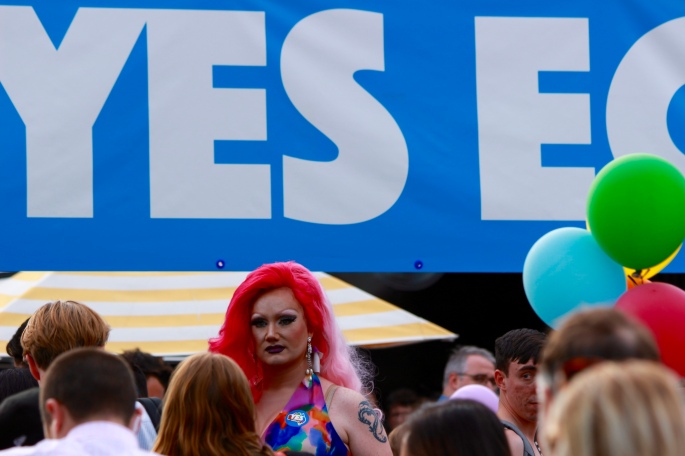 THE “Yes” result in the SSM postal survey, repeatedly described by PM Malcolm Turnbull as a “hugely historic moment”, has transformed a common roundabout in a former used-car precinct of Canberra into a major intersection of social change.

The rainbow roundabout at Lonsdale and Elouera Streets, Braddon – the hipster HQ of Australia’s gayest city – is a marketer’s dream. Poets and minstrels won’t flock to Braddon as they did to the Haight-Ashbury district of San Francisco in the ’60s, but the pink dollar will certainly flow into the tills of local traders.

IT would seem a healthy cynicism still exists when it comes to pledges by politicians. Despite the emphatic “Yes” vote in the SSM postal survey, the widely praised “Yes” campaign conducted by Canberra Airport has been significantly ramped up. Just in case they’ve already forgotten, an electronic billboard at the entrance to the airport has a strong reminder: “WE SAID YES TO EQUALITY. Politicians get it done”.