ON the rugby paddock, the Brumbies’ David Pocock risks life and limb but when teamed with wife Emma the pair becomes a passionate ecological protest force prepared to put their bodies on the line to save the planet.

The Pococks were guests of the Australia Institute’s monthly Politics in the Pub at the ANU arguing non-violent, mass civil disobedience on a large scale is the only way to highlight a range of environmental issues the couple is concerned will ruin the planet for future generations.

THE ugly face of ageism featured large in Paul Walshe’s retirement from ActewAGL. The 57-year-old, go-to man confessed that he was deemed “past it” by some in the company. Walshe’s comments, after serving the company for almost 37 years, further underscore the short-sighted contemporary approach of eschewing those who “have a few kilometres on the clock”.

If there is a better connected and more capable corporate communicator in Canberra than Paul Walshe it would be rare.
If this leeching of valuable life experience and battle-hardened expertise continues, those who make decisions which impact all society will be doing so with the advice and “wisdom” of a 27-year-old armed with little more than a university degree.

WE Canberrans are a couth, cultured and caring mob and it is for that reason, apparently, that a six-month trial of a dockless bikeshare operation will succeed where other jurisdictions have spectacularly failed. Airbike launched 200 pushies in a five-kilometre radius covering the city, the Parliamentary Triangle and the ANU. National Capital Authority chief executive Sally Barnes welcomed the trial and is “optimistic users will respect the cultural and symbolic significance of these areas by parking responsibly using existing, designated parking”.

FORMER SKYNews presenter Greg Thompson spent two and a half years cutting his TV teeth as an energetic and ambitious sports editor with WINTV Canberra. Thompson, “GT” to his fans, has resigned after “pulling a Nollsie” (singer Shannon Noll recently abused an audience member who threw a beer can at the stage). The 30-year-old, who left Canberra in 2013, was filmed abusing the audience at a Sydney fundraiser he was compering. While Noll’s meltdown cost him the “prestigious” gig at the Mt Isa Rotary Rodeo, he will survive. Thompson’s TV career may take longer to relaunch. 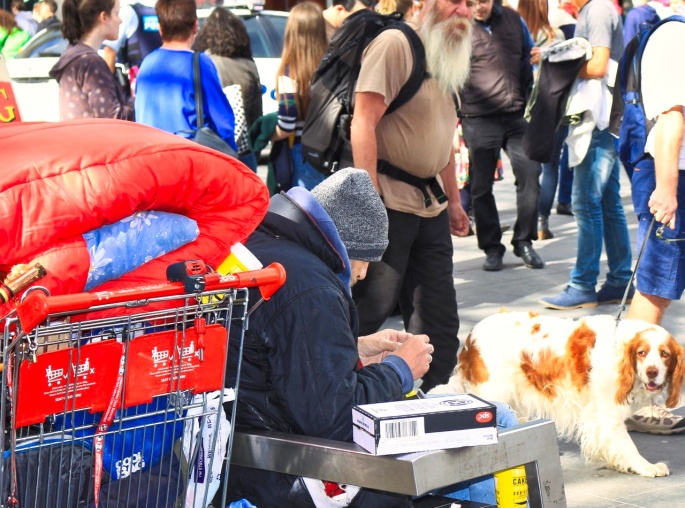 ACT Housing minister Yvette Berry recently boasted Canberra was doing “such a good job” at providing for the homeless that “more and more people are coming to the city” due to the “positive message” we are transmitting to those “who are at risk of experiencing homelessness or who are experiencing homelessness”. Recent statistics from independent community body ACT Shelter, revealing Canberra’s worsening state of homelessness, would suggest that Ms Berry is most certainly doing a good job… impersonating flexible White House press secretary Sarah Huckabee Sanders.

THE announcement that former Deputy Prime Minister Barnaby Joyce was booked for the 2018 Canberra Writers Festival achieved its obvious aim of creating controversy. Despite the stunt, this year’s event does have plenty of quality writers and talkers on the bill. Official headliner Matthew Reilly is joined by Kathy Lette, Gideon Haigh and Morris Gleitzman. One session, guaranteed to sell out is Irvine Welsh, author of a batch of gritty books including “Trainspotting”, in conversation with “Mr Conversation” Richard Fidler.

A BACKGROUND in the rough house of trade unions may be a useful apprenticeship to politics but Canberra lobbyist Kel Watt is experiencing the harsh reality that a smear campaign against him is most likely from within his own party. Given Watt’s relentless campaign to prevent the Barr government’s banning of the local greyhound industry, it’s a good bet the long-time ALP member is on the money.
Watt, who is seeking pre-selection for the Federal seat of Canberra, told the ABC: “When you’re a threat to somebody else’s political ambitions or someone’s political agenda these sorts of horrible decisions… to try and take you out can be made.”