THE impact of the UK’s withdrawal from the EU has hit the Canberra food scene.

The shingle bearing his famous name no longer hangs outside Jamie’s Italian in Civic after its sudden closure in April but Jamie Oliver is still none the wiser. The scooter-riding Naked Chef told “The Australian”: “I honestly don’t know [what happened]”.

Oliver’s North Quarter eatery remains closed, adding to the neglected tone of the food precinct. The 43-year-old speculates “a perfect storm of rents, rates, the high street declining, food costs, Brexit” may be to blame.

CANBERRA’S contribution to punk comedy features on a new ABC TV documentary. “Tick F***ing Tock” – a two-part series – covers the stellar career of the Doug Anthony All Stars who honed their skills as street performers in Garema Place in the mid 1980s. Tim Ferguson, Paul McDermott and Richard Fidler say the edgy title is a reference to time running out for the group. DAAS has been described as “crucially important in the development of Australian comedy” by consistently “pushing the boundaries of humour and good taste to their absolute limits”.

SOME welcome good news for the local ABC amid the firestorm that raged through the corporation removing its MD and chairman.

The latest Canberra radio survey reveals the ABC back on top of the pile overall (15.3 per cent) and heading the breakfast field (18.7 per cent). But early morning presenter Dan Bourchier has Radio National’s Fran Kellysnapping at his heels with a 17.5 per cent share. The survey shows 56.7 per cent of all Canberrans tune to an ABC radio format for breakfast.

A POPULAR dinner-party topic around town – airline cancellations – has intensified lately. Conversations across the capital are dominated by tales of frustrated travellers and cancelled or delayed flights. One man who planned to leave Canberra late one afternoon and fly to the north coast of NSW to arrive the following morning was forced to drive overnight to meet his deadline. His return was just as problematic. Another story begins with a planned flight to Canberra on Tiger from Melbourne at 9.30am and being bumped from flights all day until finally leaving at 6pm.

RICHARDSON residents awoke to find up to five roadside signs completely flattened. The suburban banners, supported by two steel poles anchored in cement appear to have been deliberately knocked down by a large tank or at the very least a heavy vehicle with a serious bullbar. And in a nearby stormwater drain a mangled supermarket trolly bore witness to a wave of senseless vandalism.

A NOSTALGIC mood is sweeping the region with a string of anniversaries. September 26 marked the 45th anniversary of the controversial acquisition by then PM Gough Whitlam of “Blue Poles” by American abstract expressionist Jackson Pollock. At the time the public backlash was savage, and not just over the price tag of $1.3 million. Art historian Patrick McCaughey once described the work as “never had such a picture moved and disturbed the Australian public”.

THE University of Canberra dragged out the photo album to reflect on the 50 years since its launch. One black-and-white snap features a full-grown elephant, from a touring circus, arriving on campus as part of the traditional student scavenger hunt.

ACROSS the border there’s a creative commemoration underway. Queanbeyan is awash with special memories and activities until October 12. “180 Mementos |180 Years” is a two-week event celebrating Queanbeyan’s 180th birthday and featuring 180 objects, including Mark Webber’s go-kart, world champion squash player Heather McKay’s racquet and a James Bond doll from the collection of Queanbeyan actor George Lazenby who played 007 in “On Her Majesty’s Secret Service”. 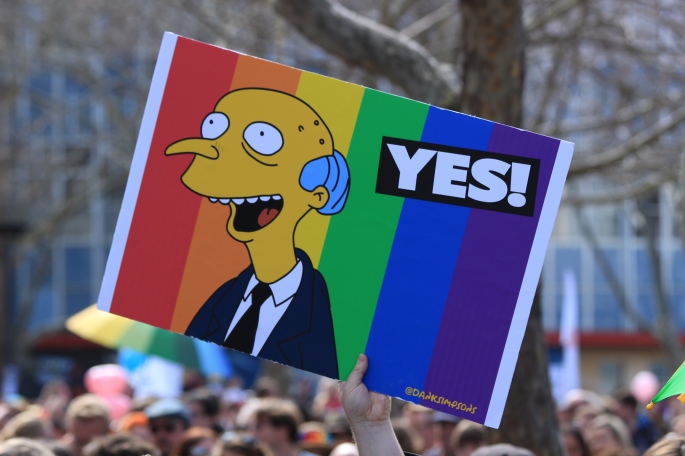 AND still on anniversaries, plans have been announced for “Yes!Fest”, a street party to coincide with the first anniversary of the historic “Yes” vote for same sex marriage. A range of activities are planned for Braddon on November 17 and has been described as “Mardi Gras meets the multicultural festival”.