AS Prime Minister Malcolm Turnbull’s annus horribilis nears an end, 2018 is already looking to be just as horrible.

Adelaide teenager Ned Richards, who walked from his hometown to Canberra in February challenging Turnbull over his poor treatment of refugees, plans to return. And this time 13-year-old Ned is bringing other youngsters and some grandmothers.

Ned’s father Adam, who joined his son for February’s 1200-kilometre “Refugee Regatta”, says the 2018 walk – in February/March – will begin from the steps of the Opera House in Sydney and finish at the Federal parliament.

THE pushing back of the final parliamentary sitting of the year by the Coalition has thrown the plans of many visitors into disarray. In particular the hundreds of school children making their scheduled trip to the capital will leave mostly disappointed. As exciting as Questacon and the Australian War Memorial are, witnessing your country’s leaders behaving like school children is a rare and entertaining treat.

YOU don’t see many Akubras in the hipster hub of Braddon. Especially now that the area has taken on a rainbow hue. As a group of LGBTQI volunteers applied the final coats of paint and glitter to a rainbow roundabout, “benched” Nationals Leader Barnaby Joyce was spotted lurking nearby. Joyce, who is opposed to same-sex marriage, obviously subscribes to the Young Farmers’ unofficial slogan: “You don’t have to be one to be one”.

IF ACT Labor Senator Katy Gallagher is superstitious she may be nervous about the “Q&A” curse. The senator – still under a dual-citizenship cloud – could join the list of 11 members who’ve already been forced to seek a High Court ruling on their eligibility to hold office. Nine of the list including Jacqui Lambie, Barnaby Joyce, Nick Xenophon, Malcolm Roberts, Fiona Nash and Scott Ludlam, all panellists on the ABC’s program have been punted. Katy was on “Q&A” in June, 2015. 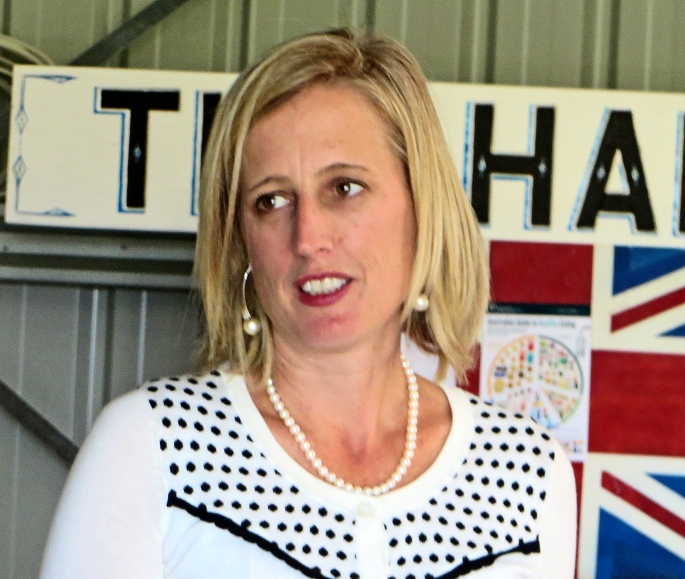 CONFUSING messages and scary noises dominate the local real estate world. According to an ANU report the capital is over supplied with housing properties. And the CommSec’s “Home Size” trend report reveals that apartments in Canberra are the smallest (and getting smaller) in the nation.

Meanwhile the city’s largest apartment developer Geocon has been forced to bring in experts to explain noises in apartments at its Wayfarer site in Belconnen. Residents of the complex say the banging noises in the ceiling are loud enough to wake them at night. And on the “Canberra Notice Board” page on Facebook:  “WANTED… any upcoming homes in the Campbell area or inner-south up to $1500 per week for rent”.

CANBERRANS in their thousands were drawn into the hype surrounding the opening of Australia’s 26th H&M store. Thousands queued well before the Canberra Centre doors to the Swedish fashion retailer opened. Social media stepped up to the plate with Twitter swinging from the cynical “really excited about all the future landfill we can buy” to the blunt “An H & M just opened in Canberra and people are like vultures. I’ll come back when people have some self control”.

CANBERRANS are being asked to choose an official mammal mascot. Problem is the cutest are already taken. SA has the Southern Hairy Nosed Wombat, WA proudly displays the numbat and lucky old Queensland cuddles the koala. So it may just have to be the wide-mouthed territory tailgater (territorus tailgatus). A large, beige, impatient creature, the ‘gater is believed to have evolved in the Tuggeranong Valley after being displaced by construction of the Hyperdome. In recent years it has migrated north where it regularly terrorises motorists on the GDE!