I’ve been thinking of Pauline Hanson lately. Wondering if she’s gone for good this time or just catching her breath. When I have Pauline Hanson on my mind I also have the Easybeats on my mind. Please Explain, you ask!!!

There have been only two occasions on which I felt I even remotely close to being crushed to death by a crowd of excited and irrational people. 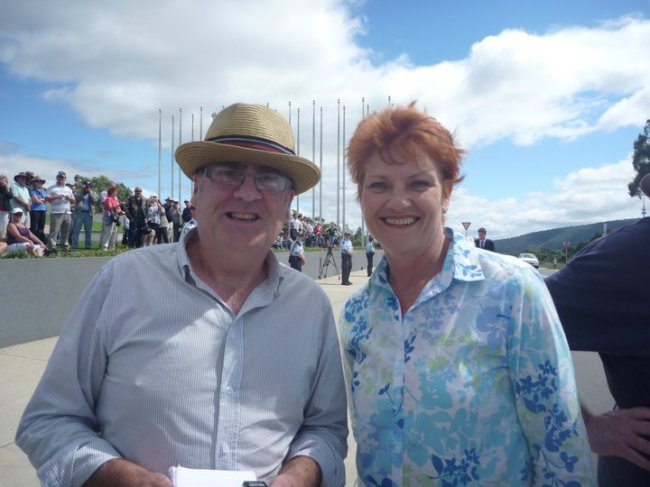 The first time was in 1965 in my hometown of Launceston, Tasmania.  Two friends and I made the rookie mistake of loitering (unwittingly) inside the same record bar, as the hottest pop band in the country was conducting an “in-store”.

It all happened in the blink of an eye.  One second we were standing at the back of the store in front of a makeshift stage which had magically filled with five skinny, longhaired blokes, three of whom were called George, Dick and Harry, all wearing a variety of purple velvet flares and floral Ben Casey shirts, distracting us from the marauding hordes of screaming 12-14 year-old females who had entered the small Allen’s Music store and were flooding forward. The next we knew we were being hauled bodily onto the stage by ‘security’, which in 1965 was Kevin, Allen’s Hammond organ teacher and the lead singer of the band, “Little Stevie Wright. Seems those silly schoolgirls (some of whom would be grandmothers by now) showed scant respect for three nerdy schoolboys in green caps and grey blazers and were clearly prepared to trample us in their quest to reach their idols, the aforementioned lead singer and hero of the day, in particular.

The political pop-star of the time, Pauline Hanson, was in town as a guest of the local branch of her burgeoning political party, One Nation.

Ms Hanson had already proven a security nightmare for organisers (security being a tad more sophisticated by the mid-1990s) at rallies around Australia, but this was a hard-core ‘Pauline’ crowd.  A good percentage of the retirement village’s retired population jammed into the Town Hall to hear what the woman who ‘spoke their language’ had to say.

Covering the event as a journalist, I’d barely stepped into the foyer before being targeted by locals who believed the media had given the country’s most famous fish n chip shop owner a tough time and felt the need to ‘jostle’ our small and startled media pack. Ordinarily my beat didn’t involve pensioner pushing and shoving but on this day it surprisingly morphed into something potentially more dangerous.

While law and order in the normally peaceful and civilised tourist town was quickly unravelling at the front of the building, Ms Hanson was having problems getting past a small mob of protestors which had invaded the stage door (if only Kevin  and ‘Little’ Stevie had been on ‘bouncing’ duties that day).

Meanwhile back in the foyer, things got a bit ‘too close for comfort’ and police gathered up the media party and Ms Hanson and shoved us all through a back door to the safety of back stage.

When Pauline Hanson came to Canberra in 2012 to appear on my radio program, one thing was crystal clear; she was still extremely popular with the punters for her ‘straight talking’ approach.

The mere mention of “Pauline’s talkback radio tryout” resulted in stories in newspapers from Perth to Sydney and a mention on scores of national radio and TV programs.

I haven’t spoken to Pauline since just prior to last year’s Federal election but I’ll wager we have not heard the last of her.  Australia will never forget Pauline Hanson, and I think it’s near impossible for her to lay low for too long either.

The Easybeats haven’t made an in-store for a while.