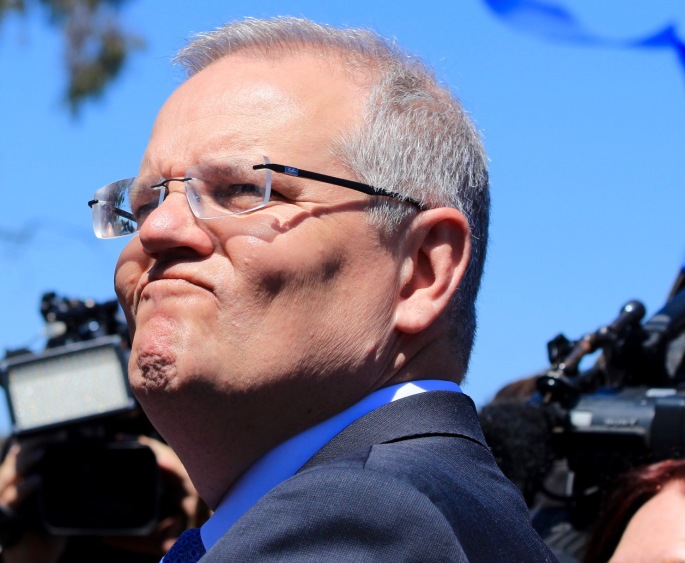 WAKE ME UP BEFORE YOU GO LOW

‘What can ya do’ might be Prime Minister Scott Morrison’s private mantra lately but no doubt he’ll put a polished spin on the latest roadblock placed in his path to Adelaide Ave and a legitimate mandate from the people next year.

It’s the National party (this time) which is creating damage to the conservative brand but it still must be dealt with and dealt with quickly.

For the nationals indeed ‘what do you do’ when your bench is bare and you only have Barnaby Joyce skulking in the wings. The last thing you need is the man from Hong Kong Mallee MP Andrew Broad.

The Nationals have a leadership problem but lately when country cousins have a problem their slicker city conservative relatives also have a problem.

National’s leader and soon to step in as acting Prime Minister Michael McCormack is not for the long haul. That is clear.

Andrew Broad or, if New Idea is driving the narrative, “Randy Andy” has quit after ‘considering his future’. The “Mallee Bull’ has stumbled off the pious political platform he build after being outed as a cad by the gutter mag New Idea.

A cosy arrangement with a malleable Canberra press gallery which- when it suits-‘respectfully’ remains within the ‘what goes on in Canberra etc etc’ – is now seemingly off.  Now shamless scandal mag New Idea has entered new waters by exposing a political sex scandal. With Karl Stephanovic losing his badboy appeal and Shane Warne and Nick Kyrgios behaving themselves the mag seemingly has been forced to “grow the biz” by other means. Has New Idea pricked the Canberra bubble ?

There are plenty in and outside the ‘bubble’ who, smugly, claim to know what goes on.

The one-time adviser to Liberal Democrat senator David Leyonhjelm Helen Dale (aka Helen Demidenko of Miles Franklin infamy) this year shared some salacious tit bits picked up from her time in the capital.

“Politicians, staffers and reporters circle each other warily but also socialise, aided by alcohol and bonhomie.
“Wednesday evenings, when sittings are truncated and everyone’s diary fills with boozy events, have been known to generate more sex than Canberra’s brothels.”

Could New Idea’s straying beyond the respectful boundaries of the bubble potentially reveal a big bowl of trouble for others?.

For the Nationals though all is not lost. The grand-daddy of all badboys, Barnaby Joyce, has finally grown up and settled down. Joyce is reportedly ready and willing to crack the whip again and take over from the poor unfortunate “Micky Mac” who may well go down as one of the most beige Deputy Prime Ministers of all time.

But how low do they have to go before the Nats give Barnaby another go? 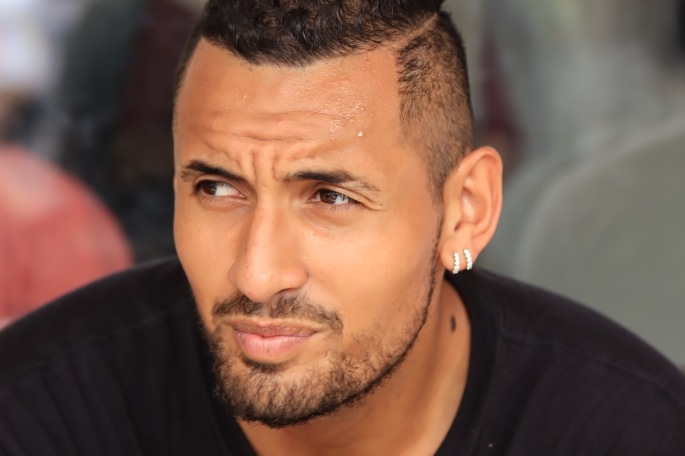 The world number 35 is taking a breather from a tumultuous season which saw him continue to clash with officials and frustrate fans.  In November Kyrgios admitted he was taking steps to improve his overall approach to tennis and that he was seeking expert help to “get on top of “ his mental health issues.

Kyrgios made himself available to hundreds of excited youngsters at the Kaleen Tennis Club today. The 23 year old looked relaxed and was happy to sign autographs and pose for photos.

On the NK foundation

For the first time, I feel like there is a reason for what I am doing. Tennis is a great life – we are well paid and the perks are pretty good – but it can feel empty if you’re just doing it for the money. I now know what it’s all for. When I work on the NK Foundation and our Melbourne facility, I cast my mind forward to all the disadvantaged kids I will be helping. I’m playing for them now. Nick Kyrgios on the NKFoundation

As hundreds of excited kids swarmed around Kygrios his mum Norlaila and sister Halimah manned a ‘merch’ stall groaning under the weight of everything from wrist bands and t.shirts to baseball caps and tennis sox all under the NK Foundation brand. The foundation’s mission statement is Giving Dreams A Sporting Chance and was founded by the Kyrgios family to offer disadvantaged youngsters the opportunity to play sport in a safe and encouraging environment..

His brother and manager Christos said the tennis star will remain in Australia until Jan 26.

GUNGAHLIN’S mosque, beset by delays and legal challenges is finally open. A sinister campaign waged by the Concerned Citizens of Canberra (CCC) dog-whistled residents over the “dire” consequences of a mosque being built in the suburb, but came to an abrupt halt in July, 2014.

Master of the ACT Supreme Court David Mossop took less than 60 seconds to comprehensively and stunningly scuttle the plans of the anti-Muslim group, which had lodged an objection to the DA, declaring “application dismissed”.

THE ACT’s Human Rights Act is set to be tested again after an inmate at the Alexander Maconochie Centre demanded vegetarian food be added to the menu and stationery fees be abolished. Isa Islam has filed a civil claim in the ACT Supreme Court stating the AMC’s handling of inmates’ dietary requirements and photocopying protocols breached the Human Rights Act.

Islam, who is serving time for a violent stabbing at the Ainslie shops in 2008 and for the bashing of a fellow inmate at the AMC in 2013, complained he failed to receive a vegetarian roll and called on management to stop charging 20 cents a page to photocopy educational material.

TENNIS brat Nick Kyrgios has reverted to his bad-boy ways in spectacular fashion and copped another schillacking in the process. On the Sydney, Triple M breakfast show, former NRL stars Mark Geyer and Matty Johns labelled the Canberra champion a “disgrace” and suggested his “walk-off” after losing his first set at the Shanghai Masters was “almost in match-fixing territory”.

The 22-year-old recently demonstrated rare levels of maturity since being heavily fined for “tanking” at the 2016 Shanghai Masters. In September, at the Laver Cup event in Prague, commentators spoke of an obvious osmosis between Kyrgios and Superbrat John McEnroe, captain of Team World, and that “Mac was getting through to Nick”.

THOSE who know the shy little Canberra wallflower, Chic Henry, may be shocked to learn the man who founded the iconic Summernats was quite a larrikin as a lad in his native Tasmania.

In his new autobiography “I Remember One Time”, Henry shares details of a wild, unrestrained “boy’s own” existence in the burgeoning suburbs of Launceston.

Among Chic’s stand-out shenanigans was playing chicken with trucks and buses “to see how close I could get without being clipped” and “pashing” the Mayor’s daughter – “a sweet girl with dark brown hair who shared my interest in Olympic-level kissing”. In the book’s foreward, Henry – who was appointed an Honorary Ambassador for Canberra in 2000 by then Chief Minister Kate Carnell – warns “text contains occasional coarse language and adult themes”.

A TALENTED Canberra footballer is hoping to impress officials at the North Melbourne AFL Kangaroos ahead of November’s National Draft. Former Belconnen junior Jordan Harper, 24, who this season co-captained the Canberra Demons in the NEAFL and won the club’s best and fairest for the second year running, is currently training at Arden Street.

A LOCAL, same-sex couple has been shortlisted in the 2018 LGBQTI awards. Tom Snow and Brooke Horne are among finalists for the Inspirational Role Model category for their work on the marriage-equality campaign including the rainbow-coloured Canberra airport. The ACT Aids Council is also shortlisted in the Community Initiative/Charity section. Winners will be announced in March.

THE airport’s ground-breaking marriage equality campaign has also impressed comedian Lawrence Mooney. Passing through the terminal for a show at the Canberra Theatre, the host of the ABC panel show “Dirty Laundry” posted a pic of the airport’s marriage equality signage on Twitter, adding: “Yay, Canberra Airport. Can’t miss this through security. It thrills me that Abetz, Bernardi, Abbott and co have to look”.